From the Executive Director

Because of you, we were able to recruit, train and provide ongoing coaching and care to missionaries and national churches throughout the Latin World during the pandemic.

Each year we receive more than 50% of our annual donations in the final quarter of the calendar year. In previous years we have used golf tournaments and dinners to help inform, encourage, and provide a forum for donors to give to this ministry.

Due to the uncertainty of the pandemic, we canceled our events this fall and created a fun but informative video that premiered October 13, to highlight the good work that God has been doing this year. If you haven’t already seen it, I encourage you to watch “Some Great Cities News”. It is only 15 minutes long, but will warm your heart as you witness the GREAT NEWS being shared in Latin America. Click Here to watch Some Great Cities News.

Much has been shut-down due to the pandemic but thanks to your donation, the gospel has not been stopped! 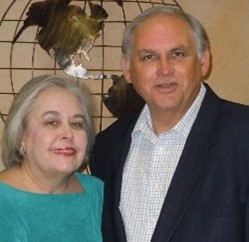 This week I had the pleasure of speaking to a group of Hispanic ministers that work with Great Cities teams throughout the Latin World.

It was an honor to share some words of encouragement from Scripture with these men. I was impressed with the camaraderie that they shared and with the way that they encouraged one another.

I was also reminded of the sacrifice that they have made to share the Good News of Jesus in the cities where they are working. They are doing this good work despite the challenges that they face. For example, one man was on the Zoom meeting while sitting on the sidewalk next to a store. That was the only place that he could get a good wireless connection. Another minister had just been released from the hospital after an emergency surgery.

We are blessed at Great Cities to work with such dedicated ministers. We are also blessed to have Chris and Vickie Fry and Calvin and Linda Henry as part of our staff. The Frys and the Henrys are doing a wonderful job of providing encouragement and advice to Hispanic missionary couples.

Please pray for our missionary families as they continue to serve God with commitment and dedication. 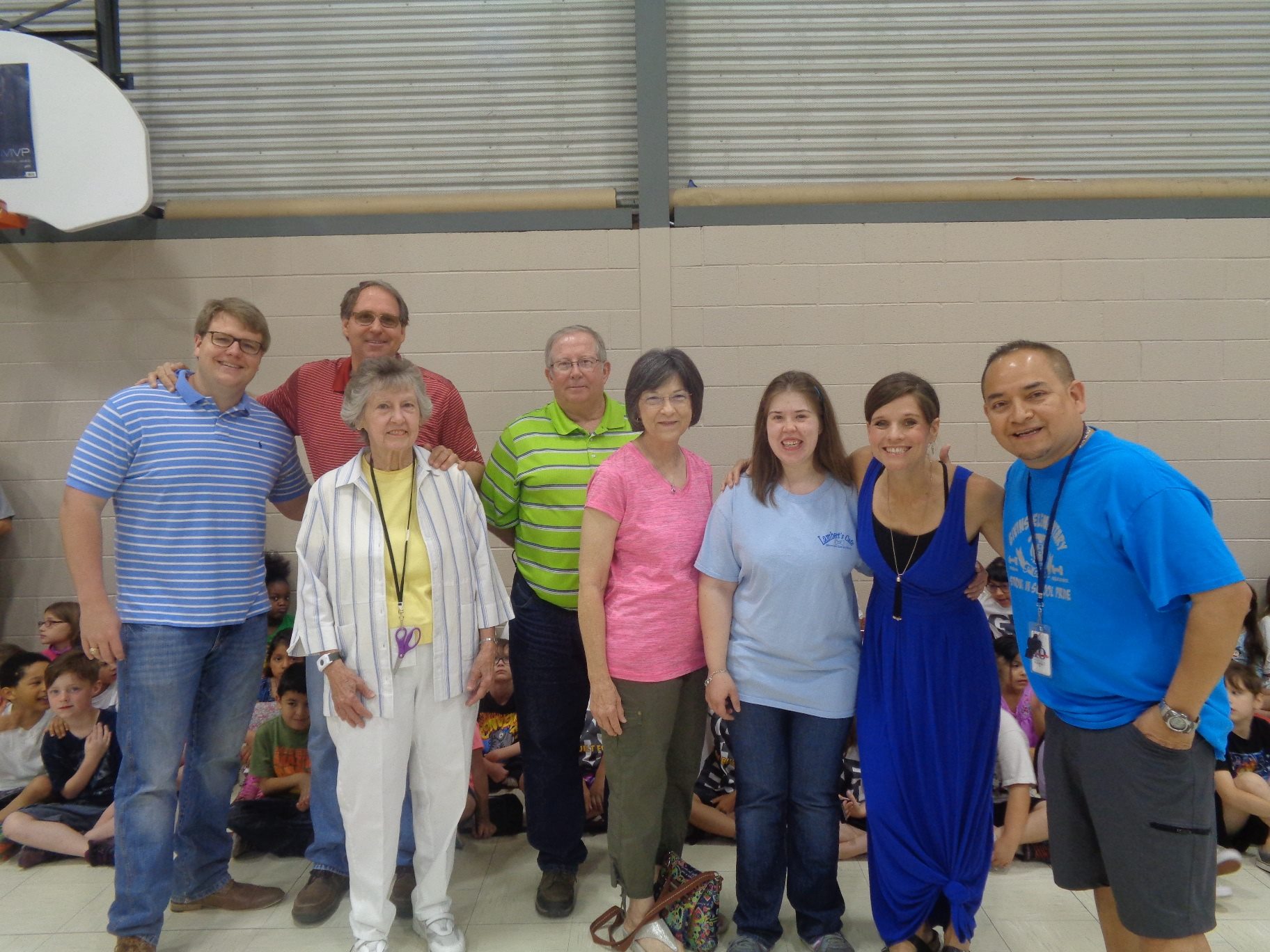 For over 40 years, Great Cities Missions has had a healthy, thriving relationship with Central Church of Christ in Amarillo, Texas. They are the reason we can do what we love, Share Christ with the Latin World, because their passion for this work existed long before we did. Believing their calling was to go beyond the walls of their church building, Central was key in supporting a missionary team who had a heart for planting a church in São Paulo, Brazil. In 1964, this team had a big ask for Central. They wanted to build a church but needed $250,000.

Central took the lead in overseeing the funding and building campaign and the new church building was inaugurated four years later. Working with the missionary team, the church elders set in order a plan for the new church to be turned over to the Brazilian nationals who attended the church. This model of establishing a church to successfully turn over to the oversight of its own people would be adopted by Great Cities Missions as the end goal of every missionary team.

In 1976, Ellis Long and the São Paulo team asked Central to be a co-sponsor of a full-time recruiting effort. And the rest is history. Dr. Gary Sorrells says this of Central in his book Make Your Vision Go Viral, “It was cutting-edge willingness on the part of the Amarillo Central church to organize GCM in January 1993 as a 501(c)3 entity with a national board of trustees. Their foresight in overseeing the ministry through a board of trustees has allowed the ministry to grow beyond the resources of the Amarillo church.” Today, six of the twenty-two board members are members of Central. The board continues to have a far-reaching presence with two trustees calling South America home.

Central continues to be a church inspired by sharing Jesus. In 1964 they said yes to fund a building for a people they didn’t know and most would never visit. Today they continue to say yes and seek new ways to serve their community and their world. Among the many outreach opportunities you’ll find them involved with, serving the children and staff at Bivins Elementary allows church members to get involved outside of the church walls. Senior Minister Allan Stanglin says “we believe our interaction with Bivins Elementary shows people that we believe in what our Lord Jesus believes, that we behave with others the way Jesus behaves. We are providing love and grace, encouragement and support, in the name and manner of Jesus to all these kids and their families. They know we’re from Central, they know we support their school and our community, they know we’re partnering with them for the betterment of everybody. And we tell them it’s because of Jesus.”

When you support Great Cities Missions, you can be sure that you are supporting a work with exceptional oversight from its supporting church, Central Church of Christ, and its board of trustees. We are thankful for the many ways that Central inspires us to be more like Jesus and to find creative ways to go beyond our walls and share Him with our friends in the Latin World.

Make Your Vision Go Viral Taking Christ to Great Cities – A Proven 5-Step Plan That Really Works by Dr. Gary Sorrells can be purchased through Great Cities Missions for $10.

This photo of Central Church of Christ volunteers at Bivins Elementary represents the many Central volunteers who help with programs like Snack Pak 4 Kids, the Bivins Bucks Store, the Crossing Guard program, cafeteria volunteers, and playground buddies volunteers. Central also provides school supplies and hosts a big Back To School dinner and party on the school campus every August to coincide with school registration as well as host teacher breakfasts for the beginning of school each fall. This year they plan to offer Financial Peace University and parenting classes in cooperation with Bivins Elementary. 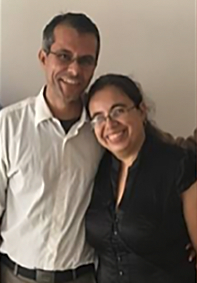 The first time I visited our newest church plant in Cúcuta, Colombia, I met a couple named Frey and Ingrid. Frey and Ingrid are both professionals and had been living in Cúcuta for about 6 months. They discovered the church while walking by one day when members of the Cúcuta mission team were handing out food on the street. That started a relationship with the missionaries that eventually led to their baptisms and new lives in Christ.

Fred and Ingrid both lost their jobs as the economy in Venezuela began to deteriorate. Their biggest struggle after losing their jobs was finding enough food to eat. They said they would wait in line for hours and be told that there was no food left to purchase.  Other times they would be in line and people would approach them with weapons and force them to give them their place in line. The final straw was the day they didn’t have any food left in the house and Frey decided to go to the food court at the mall to find some. He did not have any money so he would wait to see if people had any leftover food on their plates that they didn’t throw away.

Finally a person left a portion of their soup on the table and Frey was able to take that home to his wife. He told me that they ate a little bit of the soup each day and made it last for 3 days. Our group from the US heard their heartbreaking story and were brought to tears thinking about the abundance of food that we would have upon our return home.

Earlier this year, I returned to Cúcuta where I encountered Frey and Ingrid again. This time I was able to serve with them as we prepared the church for their 1st anniversary service. We painted the building together, prepared bags of food and medicine for the Venezuelan relief aid effort, the next morning Frey and I both participated in the worship service, and Ingrid helped teach the children. Both of them looked healthy and happy and found different ways to share God’s blessings they had received not too long before.